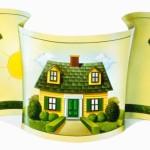 Thanks to low interest rates and several first-time home buyer programs, many families have decided to purchase real estate in the last several years.  At some point, most of you will make the decision to sell for reasons like an expanding family, job relocation/permanent change of station (PCS) or landlord fatigue.

Your home, like almost everything else you own and use for either personal or investment reasons, is considered a capital asset.  When capital assets are sold, the IRS wants to know all about it to determine if capital gains taxes are due.  It is important to understand timing and whether or not you qualify to have all, some, or none of your gain excluded from capital gains taxes.  The three most common tax scenarios my clients face when selling their home at a gain are discussed below.

Carlos and Jennifer’s situation does not satisfy the ownership and use test, but does qualify for a reduced maximum exclusion since they are moving due to a job relocation/PCS.  After completing the calculation based on a married filing joint return, their reduced maximum exclusion amount is $291,500.  They will not have to pay capital gains taxes on their $75,000 gain since it is below their new max of $291,500.

*This scenario is specific to the military community*

Richard and Emily purchased their home in June 2006 and received PCS orders to Okinawa, Japan in June 2009.  They both lived in and used the home the entire 3 year period.  From June 2009 through June 2013, they used the home as a rental property. After finding out they would not be returning to their main home after 4 years overseas and deciding they no longer want to be landlords, they sold the home in January 2014.  The original purchase price of their home was $275,000 and they sold it for $475,000, resulting in a gain of $200,000.

As members of the armed forces, Richard and Emily have chosen to suspend or ignore the 4 year period they were in Okinawa on qualified official extended duty.  Therefore, their 5-year test period only includes the 5 years before they PCSed to Okinawa in June 2009.  Since they lived in their home for more than 2 years and owned it for more than 2 years between 2004 and 2009 (their new 5-year test period), they will not have to pay capital gains taxes on the $200,000 gain.

Your unique tax situation may require additional forms and statements be included with your tax return.  If you plan on selling or sold your home this year, contact me to ensure all forms are completed accurately and you are not over taxed. 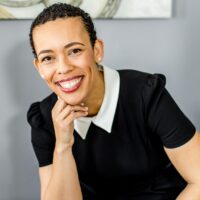